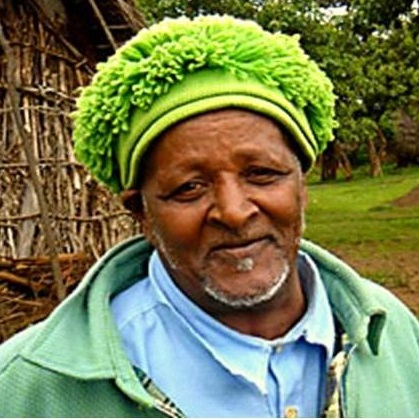 Zumra works in the Awra Amba Community, as chairman on the community issues and as a member on the cooperative. From an early age, he has questioned issues such as equality of women. With a lack of answers from his community he began to travel, speaking with others to see if similar issues were experienced. Initially with little luck, Zumra found like-minded farmers in Fogera Wereda. With a shared vision, he moved to the area and in 1972 established the Awra Amba Community. Over time, issues arose due to a lack of acceptance from neighbouring people and in 1988 they had to flee from the community. After they returned in 1993, they changed their focus to weaving, and community began to grow once again. Since 2001, many journalists have visited and reported on the community. One of the most successful dissemination to the public was broadcasted on a local television channel in 2001.